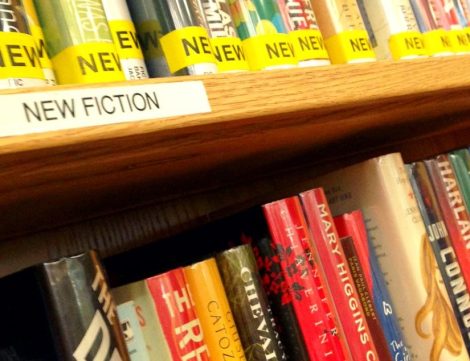 The trouble with writing fiction is that it has to make sense; whereas real life doesn’t. – Iain M. Banks

In celebration of National Novel Writing Month, and every story (fact or fiction) that takes us somewhere, I’m looking at a few favorite writers who travel across the borders of genre.

Famous for creating the world’s best spy character, James Bond, Fleming also published a series of travel articles for the UKs’ Sunday Times. In 1963, these were collected under the title Thrilling Cities and feature excursions to some of the same locations – Monte Carlo, Geneva, New York – visited by Fleming’s notorious secret agent.

For further travels: Bond’s been just about everywhere. Choose any one of Fleming’s 14 original titles and explore Russia, the United Kingdom, Japan or Jamaica.

If you believe the rumors, then this children’s author (and fighter pilot, British secret agent, ladies man) was actually real-life inspiration for Fleming’s Bond. Whether true or not, a read through Dahl’s two short memoirs – Boy and Flying Solo – introduce readers to a history of comical and dangerous antics in foreign places.

For further travels: Set sail in a massive fruit in James And The Giant Peach or zip off in Willy Wonka And The Chocolate Factory‘s flying elevator; the destinations may be made-up, but Dahl’s creativity make them worth the ride.

After dropping out of university, Chatwin set off to analyse and answer the question, “Why do men wander?” His subsequent journal entries from travels through Africa and Asia later became part of the mesmerizing Australian Aboriginal narrative, The Songlines.

For further travels: Wander On Black Hills, an award-winning tale of two brothers living on the border of Wales and England. Chatwin also received accolades for the West African-based slave trade story, The Viceroy of Ouidah.

“The world’s most widely-read Spanish-language author” is an easy compliment for this Chilean-born storyteller, who penned Zorro, The House of The Spirits and other enticing sagas. In her nostalgic recollection of a homeland, My Invented Country, Allende rambles and raves about her native culture as only a loving expat could.

For further travels: Join a young woman as she chases love from Chile to California, in Daughter of Fortune. The story was later an Oprah’s Book Club selection.

Traveling as passionately as he wrote novels, Greene was drafted into MI6 during World War II and worked the scenery of his foreign postings into many of his 25 books. In the 1935 Journey Without Maps, the English author walks through Liberia; at the time, this stretch of land was unmarked by cartographers – hence the title.

For further travels: Mingle with the eclectic crowd on The Orient Express (also called Stamboul Train). Or, sink into pre-Castro cuba as Our Man In Havana, loosely based on Greene’s own time working clandestinely with revolutionaries.

After claiming he’d used up his own country as a location for fiction, the Trinidadian author journeyed through South America, The Caribbean and Africa. In A State of Darkness, Naipaul spends a year attempting to understand India, the home of his ancestors. He returns to the country in India: A Thousand Mutinies Now.

For future travels: Witness changes in one African village through the eyes of a Muslim outsider in A Bend In The River. This, and other examples of Naipaul’s “inimitable voice,” won him a 2001 Nobel Prize.

Proulx’s adoration for the wild landscapes of Wyoming – where she set her acclaimed fiction, Brokeback Mountain – becomes a physical commitment in her memoir, Bird Cloud. Named after the region where she decides to build a home, the book is a journal-esque jumble of drawings, nature lists and anecdotes from this special place.

For further travels: Bundle up for a season or two on the cold northern coasts of American and Canada, where Proulx placed the Pulitzer-winning novel, The Shipping News and her very first story, Postcards.

Iconic in both behavior and writing style, Hemingway produced an almost equal number of novels and nonfiction books. A Moveable Feast follows his earliest – possibly most carefree – years as a struggling writer in Paris. True At First Light, a ‘fictional memoir’ published posthumously, finds the author on his last safari in Africa.

For further travels: Glimpse the human side of war as Hemingway did. For Whom The Bell Tolls shares a guerilla’s perspective during the Spanish Civil War; A Farewell To Arms trails an ambulance driver in World War II.

As a journalist, Orwell knew how to draw stories from the world around him. He did this so well with the fictional 1984 that we now describe similar book styles as Orwellian. But before he was commentating on totalitarian regimes, the Englishman was simply a struggling writer who recounted his miserly experiences in Down And Out In Paris And London.

For further travels: Step back into Myanmar’s colonial era in Burmese Days, which draws on Orwell’s own stint as a policeman stationed there in the 1920s.

With the well-deserved nickname, Queen of Crime, Christie’s mysteries and plays continue to trend with new audiences, though she wrote her last work over 35 years ago. In 1934, she joined her first husband on an archeological survey in Syria. The result, Come, Tell Me How You Live, is a chronicle of daily existence in a rarely visited place.

For further travels: Help Hercule Poirot solve a murder on The Orient Express, or assist Miss Marple in Nemesis, as she finds the killer on an English coach trip.

Have any of your favorite fiction authors written a travel book? Add it to the list!

Photos used with license from Creative Commons; all images link to sources.