“What if we did not go home, what if we kept traveling?

Should you not listen well to the questions you ask out of nowhere? Only in looking backward do you find those crumbs you dropped that marked your way forward…” – Frances Mayes

When I scribbled Mayes’ tempting words inside the cover of my travel journal, the paper companion and I had yet to leave South Dakota. Like the pages resting impatiently between the book’s covers, I felt full of blank spaces. Out there were the stories, the adventures – and inside my 22-year-old body, waiting, were a jumble of words.

Two weeks later, I, the notebook, and my best friend (also named Kelli) took off for our first backpacking trip across Europe.

The say every journey begins with a single step. But if you ask me, it’s more like an explosion.

It’s that second or two of illumination, which lights up a seemingly ordinary path and proves that you are exactly where you’re meant to be. The tricky thing is, a true Travel Beginning rarely occurs on the first day of your trip. 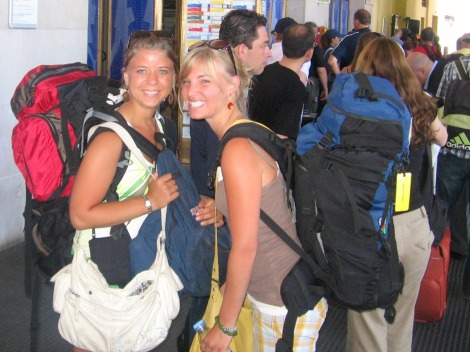 At the start of this one (circa 2007), we were too busy getting kicked off an international flight to appreciate the freedom of nomadic movement.

In the days following, we spent too much time completing the chores of long-term travel. Train departure times, station names, hostel prices – these were the details now crowding my notebook.

Then one extra-bright morning in Budapest, Kelli and I examined those relatively empty journals and started paying attention.

Why were we here? What, exactly, had moved us from a Midwest cornfield to the capital of Hungary? Was travel simply a series of minor disasters, or was something grander at work behind the scenes?

“What if we were supposed to miss our flight, supposed to race through France, supposed to end up in that Frankfurt dorm room the same night as a dashing Australian stranger, who asked us to join him in Budapest?” I suggested.

A pillow gasped as Kelli squeezed it. “You’re saying there’s a reason we’re here? Let’s map it out.” 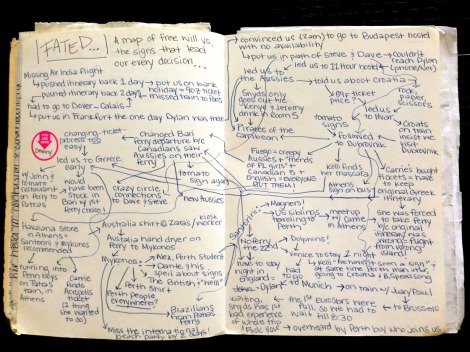 “If you follow and trust all that,” Kelli inhaled slowly,” then everything that happens from here on out must be fated as well. Each step was a sign to here! Contrary to the itinerary we spent one year completing, it appears that we are EXACTLY where we’re meant to be!”

Maybe the fireworks only went off in our heads – but they burst out in realization, all the same.

Suddenly, it occurred to me that maybe the life I’d had, all planned and organized just like our trip agenda, wasn’t necessarily the best one for me. That sometimes, random things catch our attention when we aren’t looking. 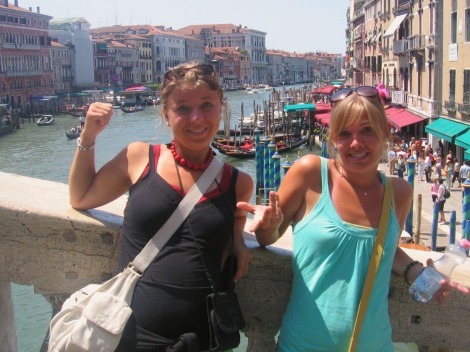 After that, you could argue that things got a bit crazy. Convinced that something divine had predestined the route of our trip, Kelli and I quit stressing about missed ferries and botched hotel bookings. When we wanted to know what to do that day, or which stop to hop off at, we asked for a sign.

In fact, we’ve sort of been doing that ever since. Some eight years, multiple continents and journeys later, we still try to break away from stressful details to focus on the bigger picture. Because that’s how, I think, most Travel Beginnings work. One minute you’re on a trip, counting a bank statement or bartering with a tuk-tuk driver – simply trying to get between point A and B.

Then something surprising and glorious happens, and life’s course locks firmly into place. 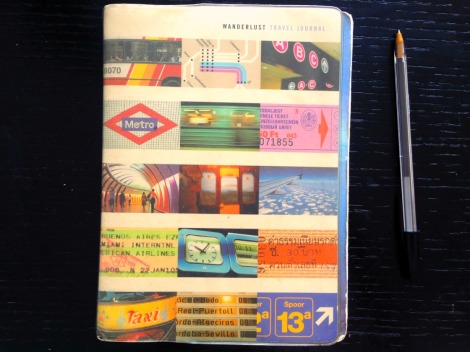 The Universe rewards you for your diligence in mysterious ways. And the first time it says “I can help you out with this next bit,” you’ll know.

If not, I challenge you to ask.

After all, it started with a question. “What if we did not go home?…”

Tell me about your travel beginning!